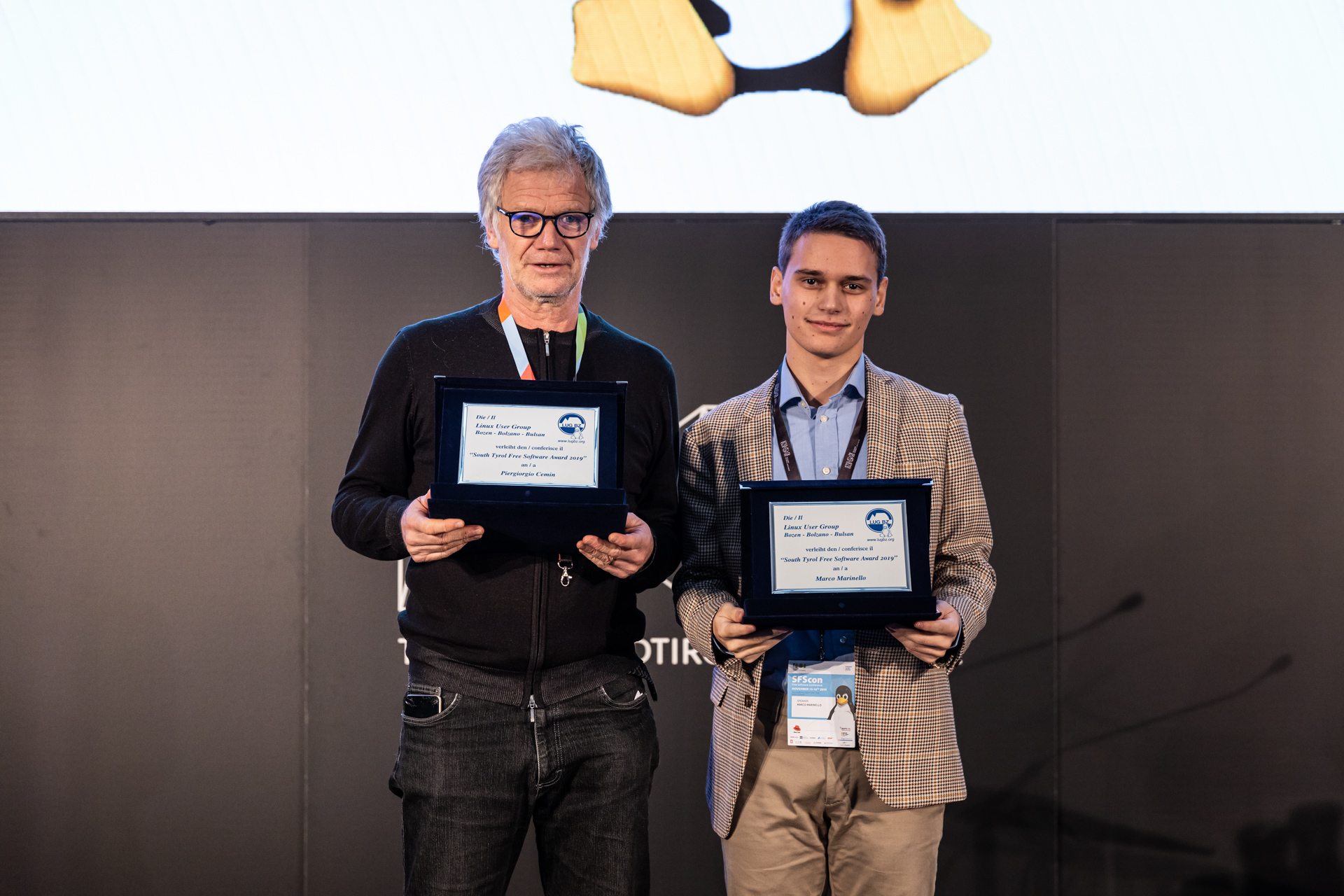 Togther with my collegue, teacher and friend Piergiorgio Cemin we won the SFSaward 2019. Check out the awarding ceremony in the video below! 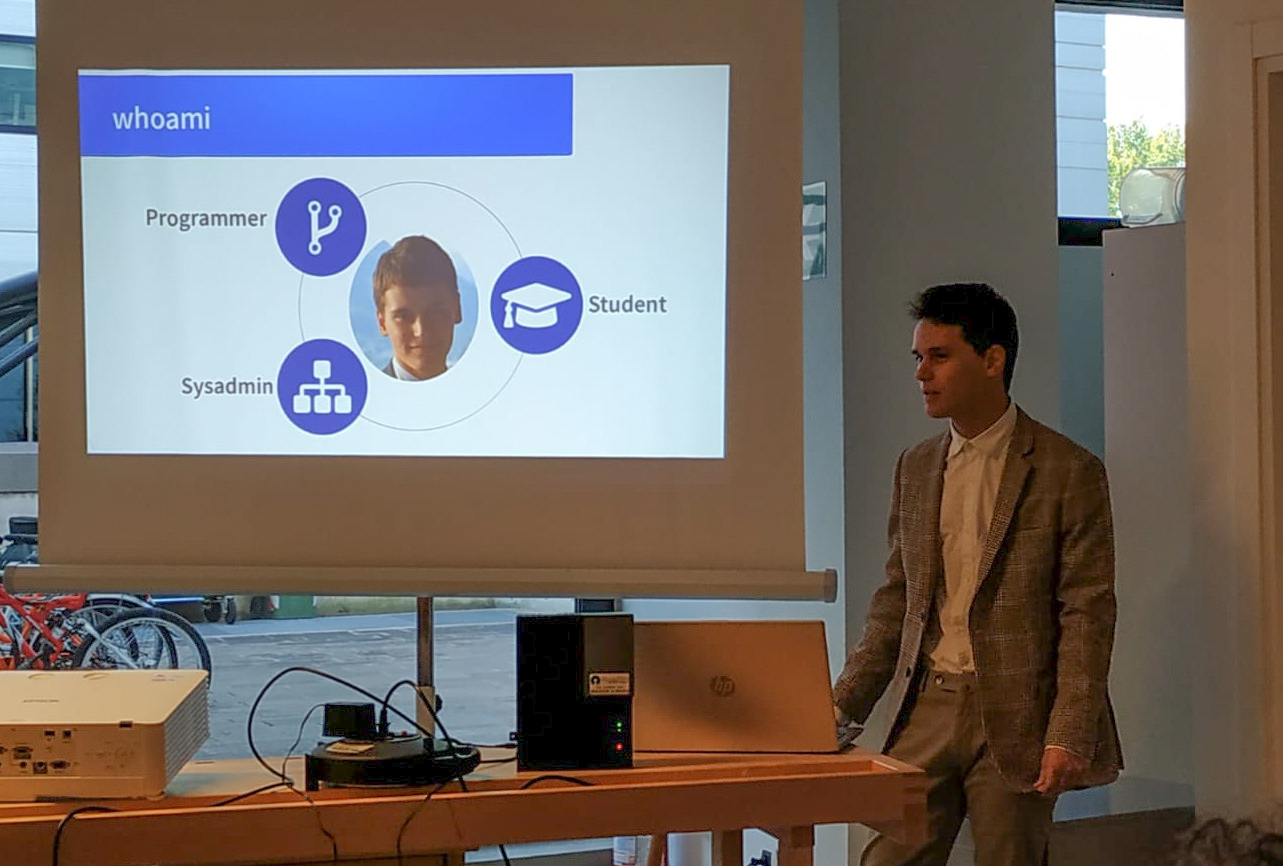 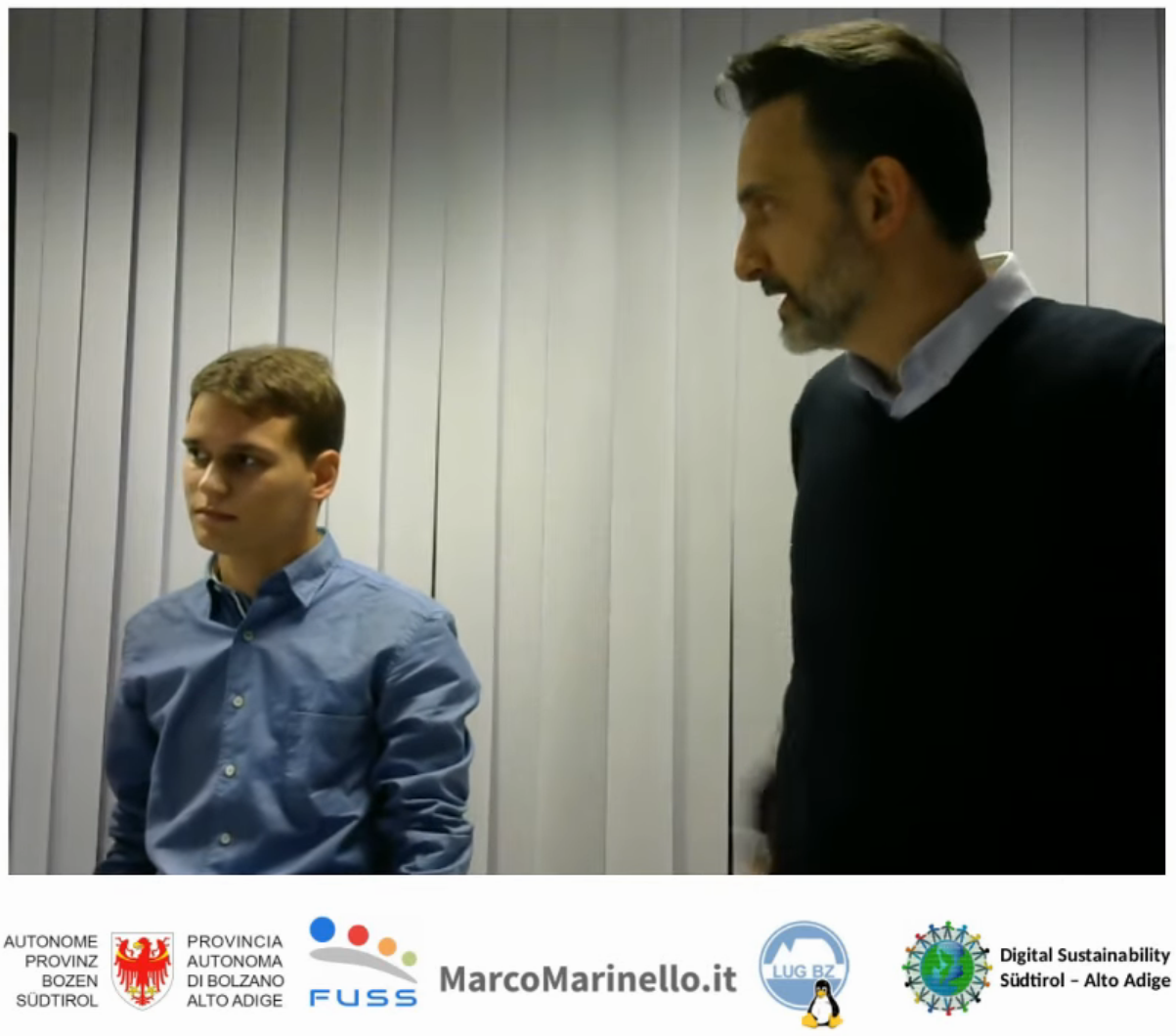 Paolo Dongilli and me presented the new solution to teachers and technicians of the Province. The event was broadcasted live here: https://youtu.be/PAmRaA9w7Ms And the slides are available on Slideshare at https://www.slideshare.net/MarcoMarinello2/fuss-remote-access-accedere-ai-propri-dati-da-remoto-in-uninfrastruttura-ldapsamba 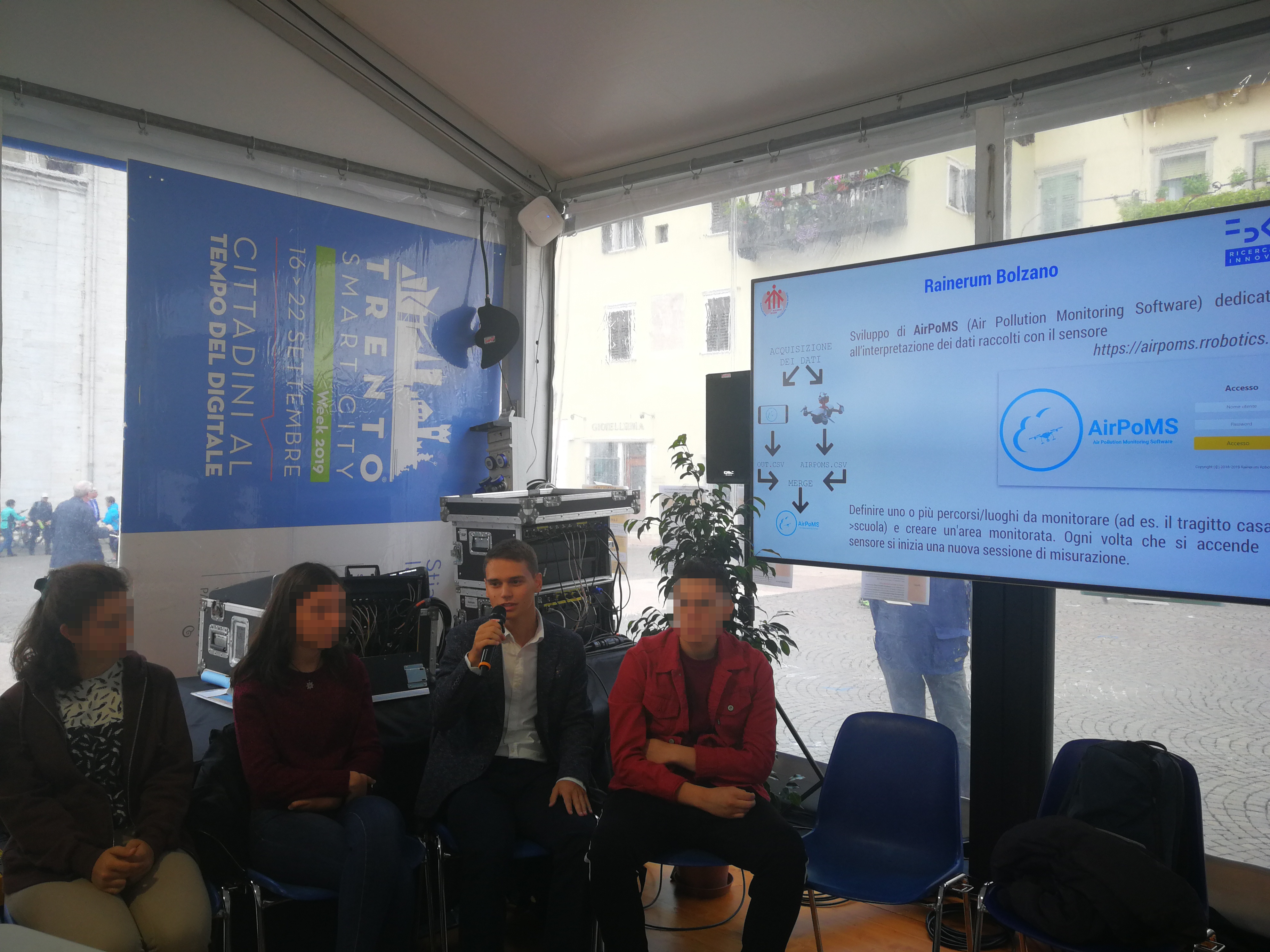 I’ve been one of the speakers of the conference “cheAria - IoT Perspectives to support the monitoring of air quality” by Andrea Gaiadro and Claudia Dolci held in Trento for the Trento Smart City Week. 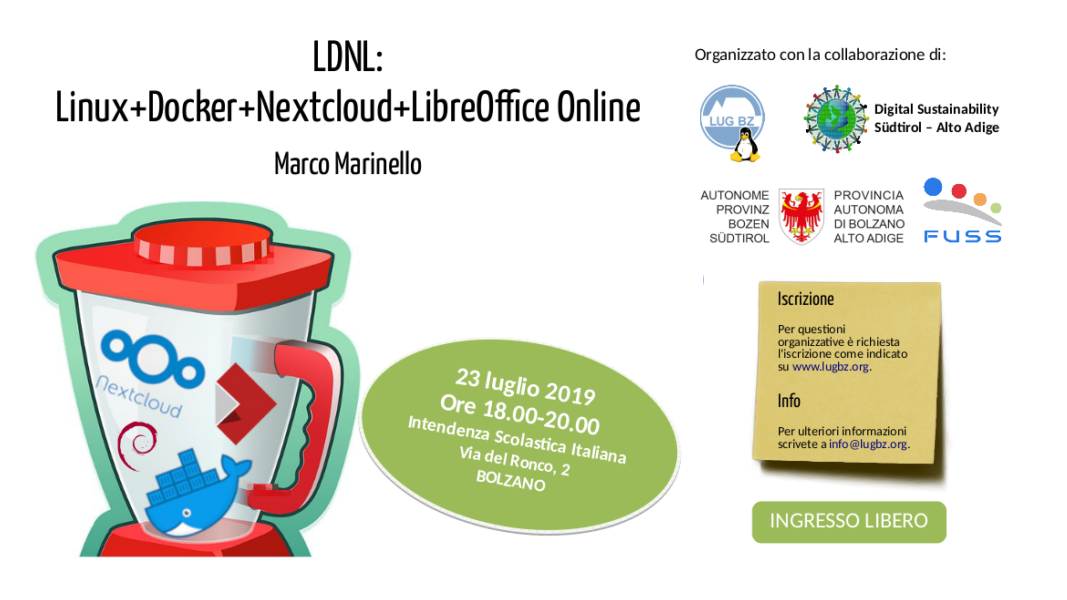 I held a conference on behalf of the LUG-BZ on the integration of Docker with Nextcloud and LibreOffice Online. The event was broadcast live on Youtube at https://youtu.be/8u6jM7L-IuE And the slides are available on Slideshare at https://www.slideshare.net/MarcoMarinello2/ldnl-linux-docker-nextcloud-libreoffice-online 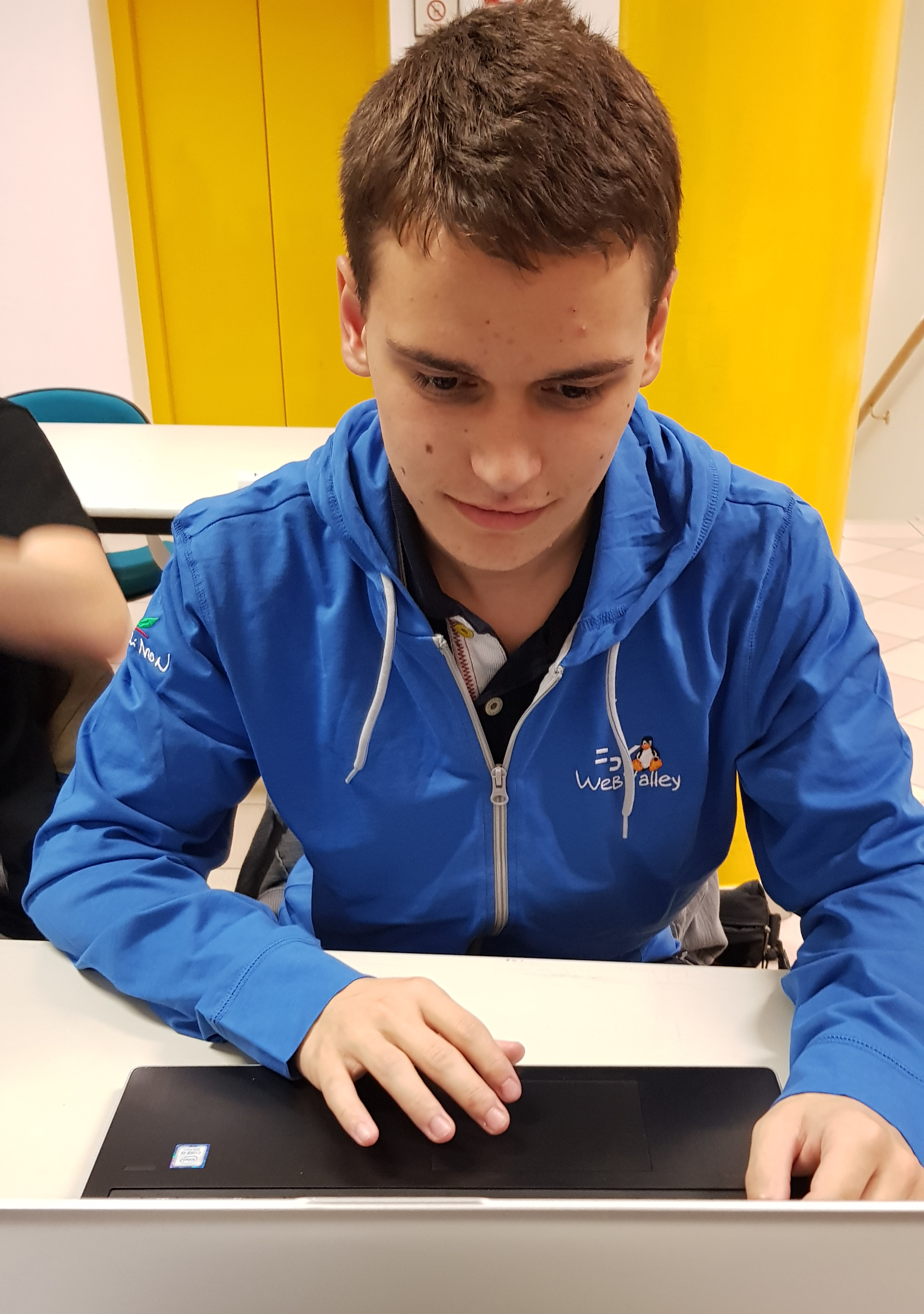 I’ve partecipated to the WebValley summer school focused on AI for Health. The challenge of the year was finding a predictive model for the cardio-vascular diseases. My work as part of a bigger team of 20 people was to clean and preapre the data arriving from clinical studies. The final presentation is available here. 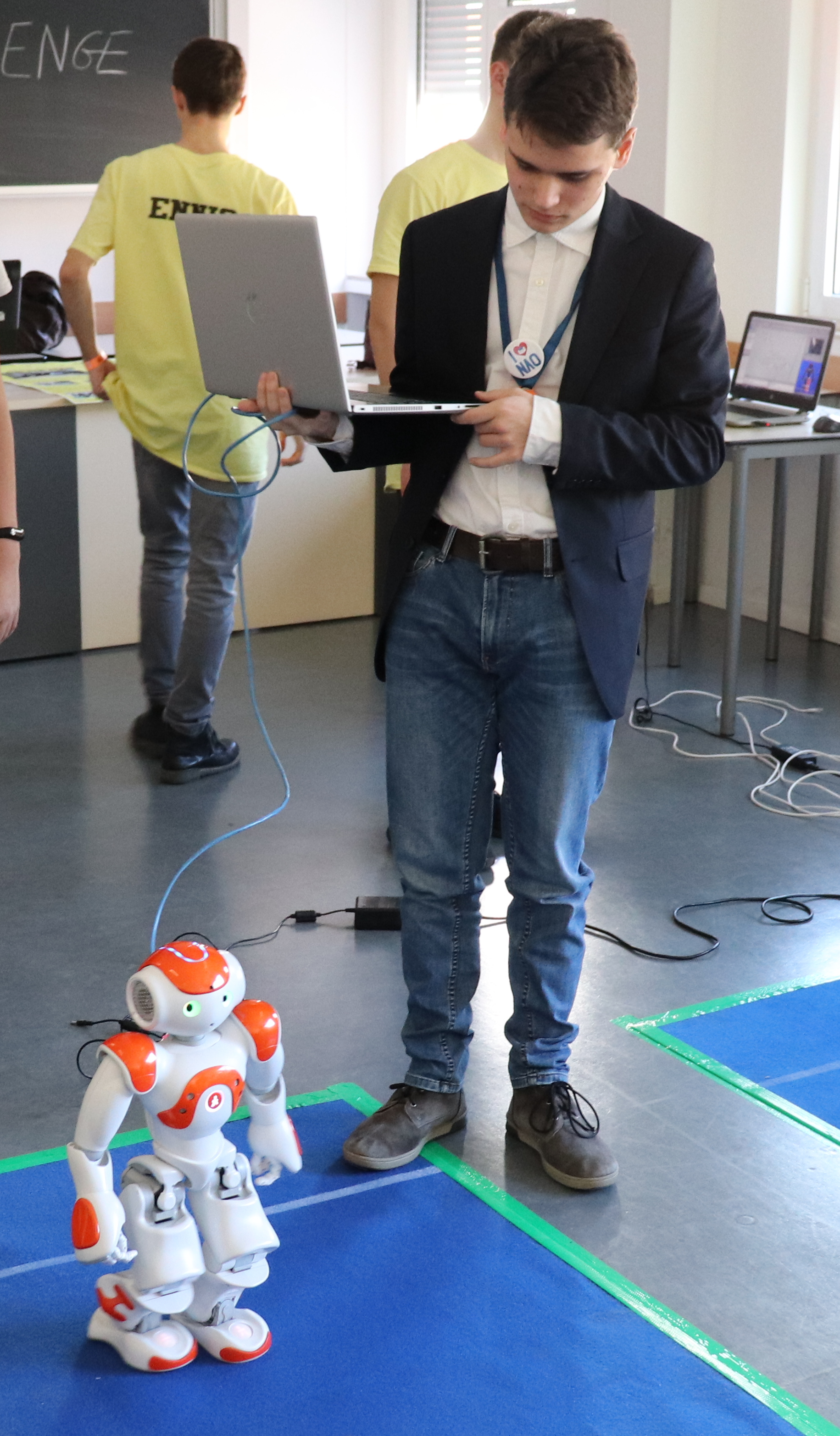 My team (Naorcos) and I partecipated to the Nao national final 2019 in Zagarolo, Rome.

I’ve developed a web interface based on Django to manage and analyze data incoming from sensors. Sources available at https://gitlab.com/rrbz/chearia

I took part in the European edition of the FIRST Tech Challenge in 2019. 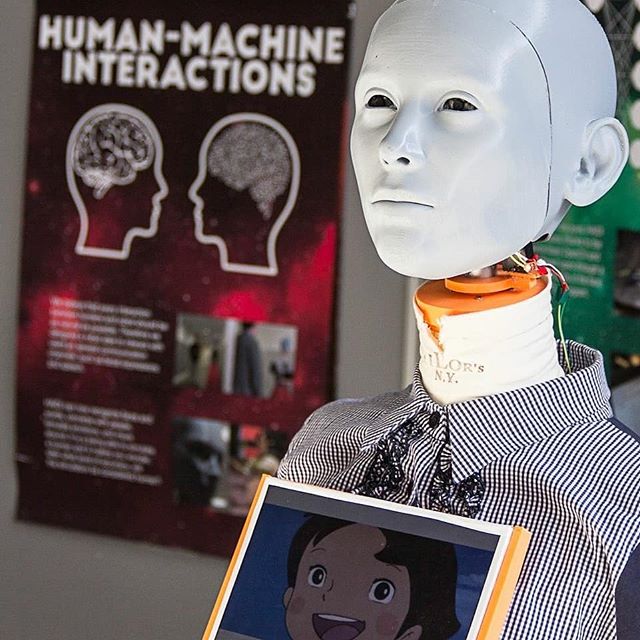 I’ve been the main developer of the software behind HAIDI, based on OpenCV, neural networks and a few new technologies. Sources available at https://gitlab.com/rrbz/haidi-microservices

I’ve taught for 6 months the basics of IT to a small group of middle school students. 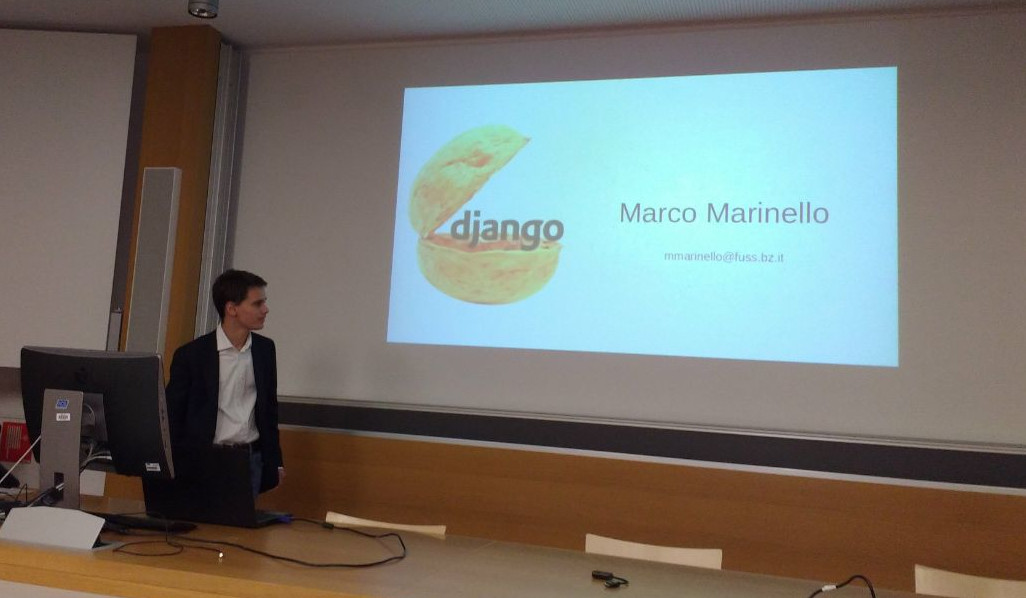 On Saturday, October 27th I’ve briefly introduced what’s Django and how it works during the “Linux Day 2018” held in Bolzano. 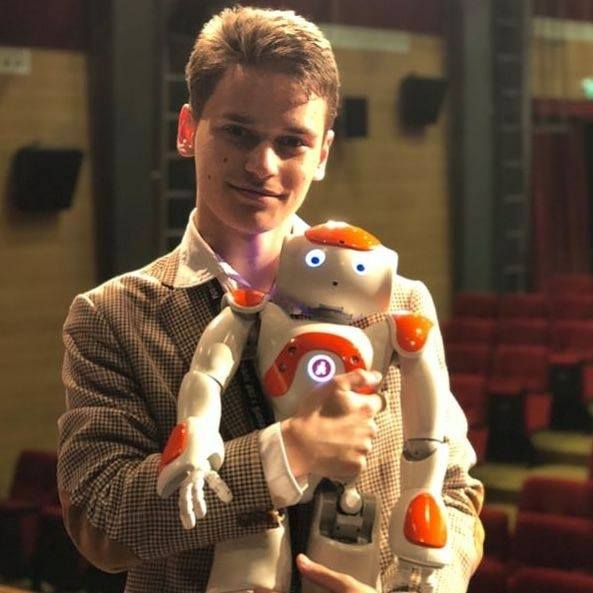 I’ve partecipated to NAO Challenge 2018 passing the semifinal in Bolzano with my team, the Rainerum Robotics FOUR, and going to the national final in Bologna.

Mar 2016 - RaspberryPi in the schools 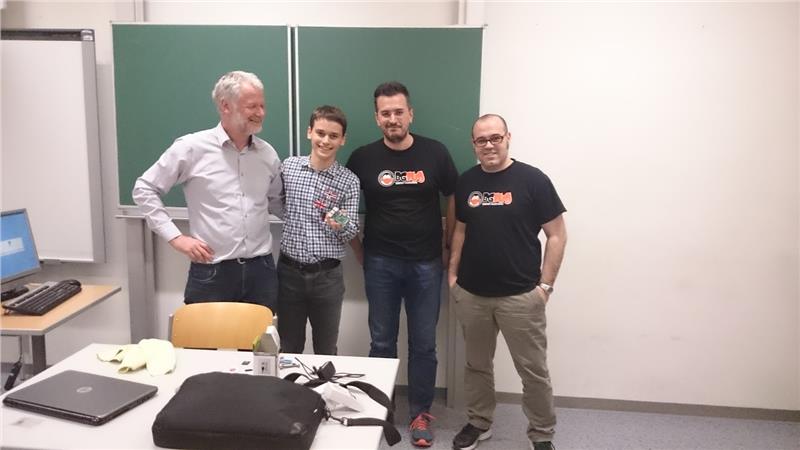 I’ve spoke about the introduction of the RaspberryPi (TM) in the schools and studied his compatibility with school’s network.