Marco Marinello / Blogs / Bringing the weather station back to life

Bringing the weather station back to life 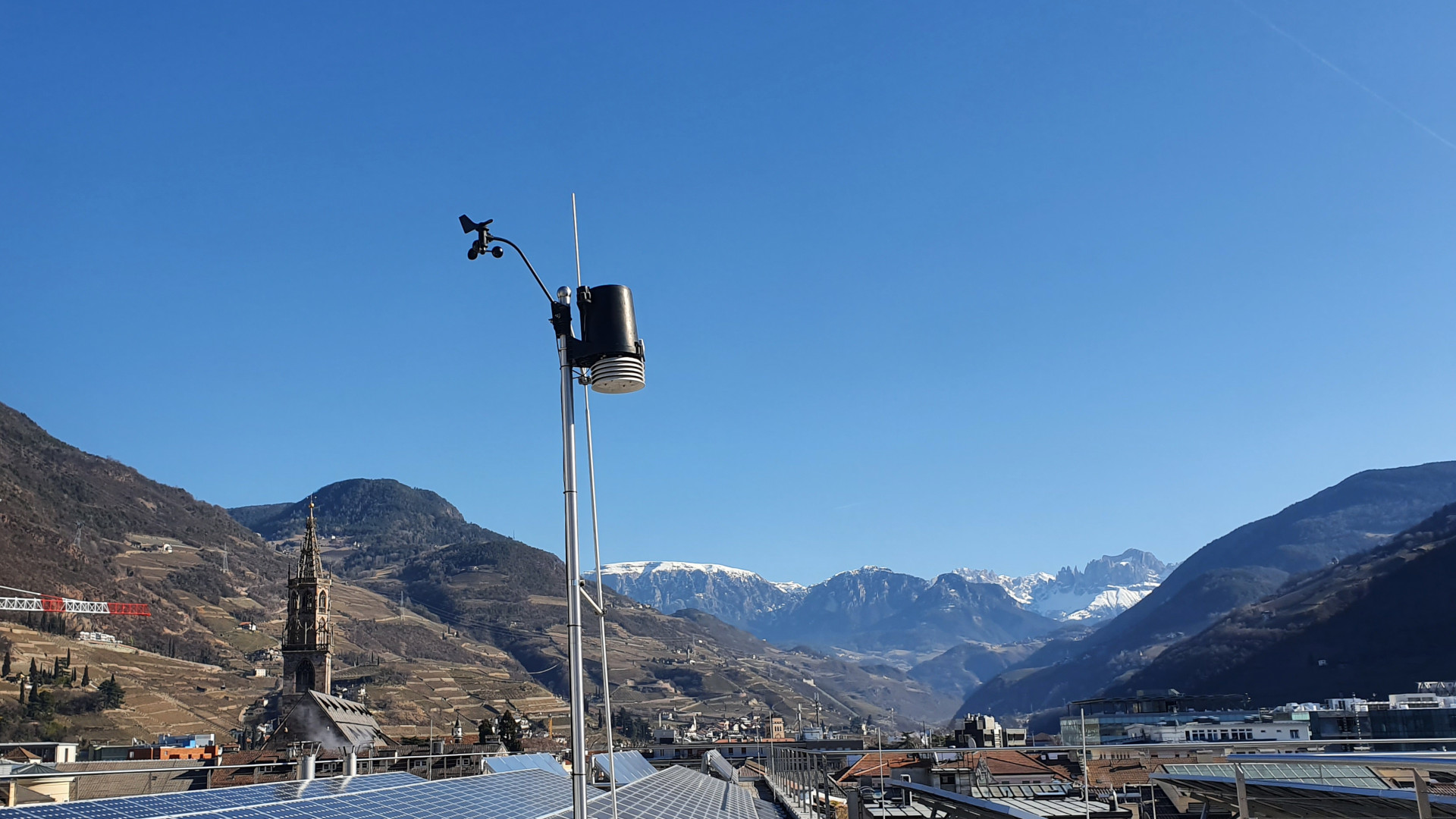 At the entrance of my school there is, since always, a monitor with “weather system” written below. Switched off. Every day as I pass by it, I’ve often asked myself “does this weather station exist? Why doesn’t it work?” One day last year I decided to ask the school management the reason why that monitor was turned off. They told me that the station had actually been installed during the school renovation ten years before. It had worked good for a few years, but once it was broken, no one had fixed it. I asked if I could take care of it and try to restore it. The director was very happy and gave me his permission.

The beginning of the adventure, May 2018

After a few inspections I decided to start to disassemble the station. It is a Davis WS2 “Weather Wing”. The sensors are installed on a pole and at the base of it there’s its control unit. I started from resetting everything: always a good rule ;-) . Reading the documentation and searching a little bit on internet allowed me to understand that this control unit consists of a total of 3 modules:

After the reset I could reach the ethernet module from my laptop. It shows some data like the firmware version but nothing meteorological, so I asked myself: are the sensors transmitting something? The following days I also disassemble the transmitter and its solar panel. Inside there is a battery that I will discover only after it’s used as a backup for when the solar panel does not charge the capacitor. The tester reveals that battery is dead. After replacing the battery with a new one the station begun working again.

Thanks to Julian’s help we connect to the monitor at the entrance an old Raspberry Pi 1 in kiosk mode with Midori and some open source Flash (required by the station itself). [sources available on Gitlab https://gitlab.com/rrbz/RPiMeteoWS2] 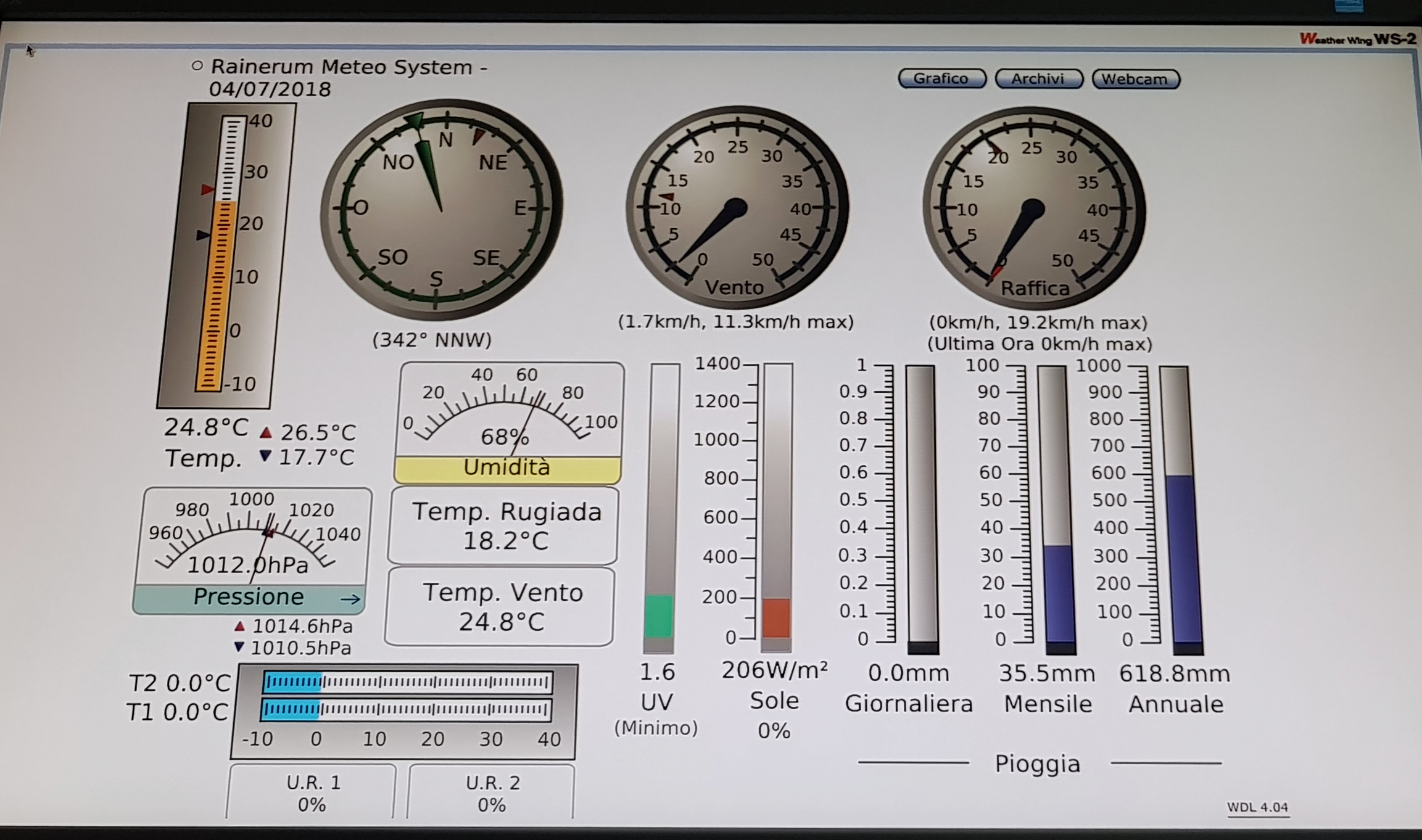 Everything works for about a month after which all gauges returns to zero. Doubtful I go back up to the weather station, disassemble the transmitter and… the battery is dead again. Here comes Julian back in the game: he does some research until he realizes that the failure must be quite serious. I umount the station’s brain and take it to the lab. Julian analyzes it carefully and discovers that the capacitor that stores the electricity coming from the solar panel is broken. He tries to replace the capacitor and the panel then we reassemble the station but it doesn’t transmit anything. We struggled a few days trying to understand why. Our final hypothesis is that now even the radio is some way broken. 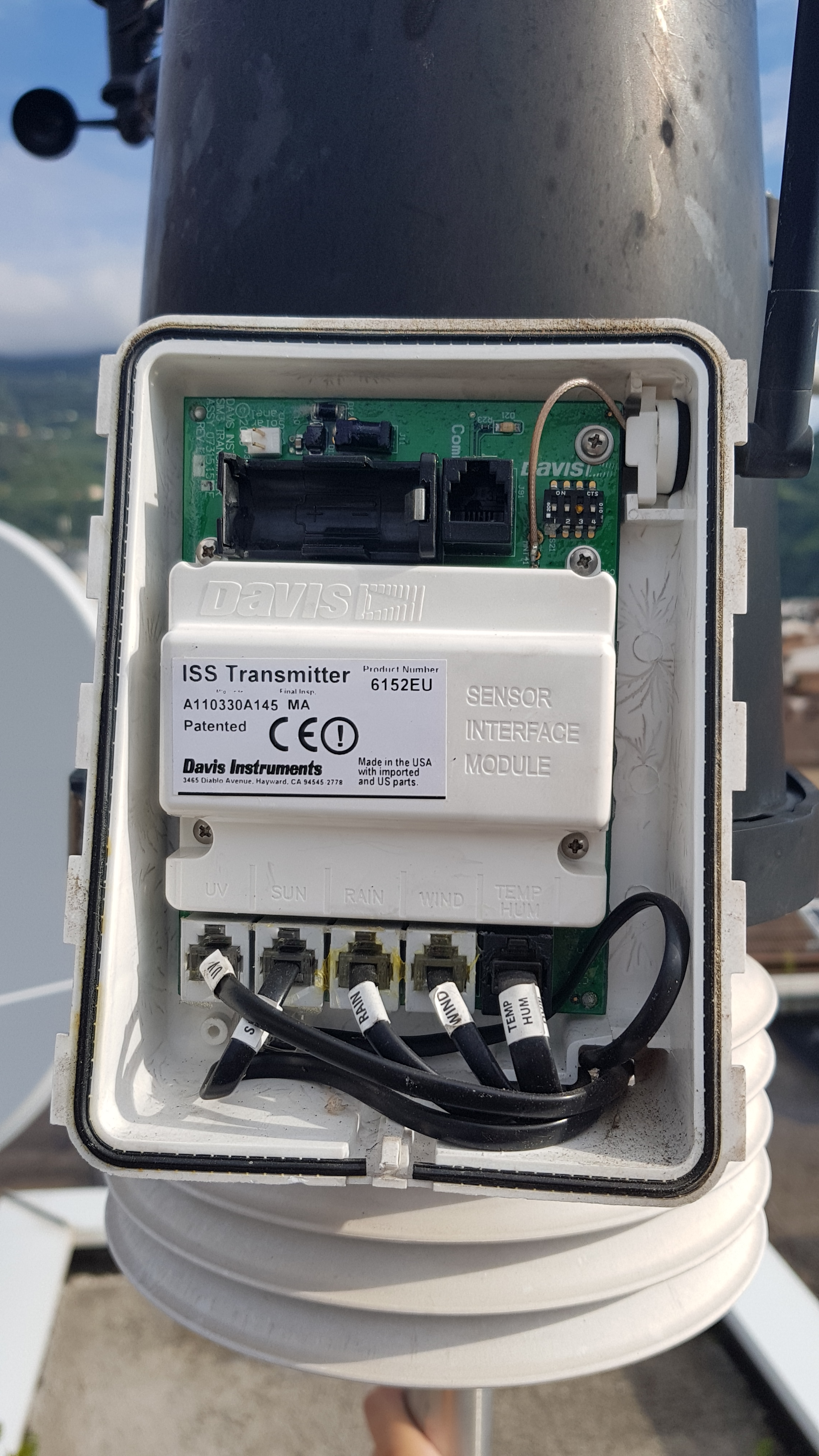 Other engagements have pushed the issue into the background. At the end of August Julian writes me “but what if we build it by keeping the sensors?” . I could only rise to the challenge. We started a workshop with nine other students to complete this project. Stay tuned to see where we’re going.